Forever loved. Forever missed. Forever remembered.
“There is a sacredness in tears. They are not the mark of weakness, but of power. They speak more eloquently than ten thousand tongues. They are messengers of overwhelming grief…and unspeakable love.”

“Grief never ends… but it changes. It’s a passage, not a place to stay. Grief is not a sign of weakness, nor a lack of faith… It is the price of love.”

“The five stages—denial, anger, bargaining, depression, and acceptance—are a part of the framework that makes up our learning to live with the one we lost. They are tools to help us frame and identify what we may be feeling. But they are not stops on some linear timeline of grief.”

“Grief doesn’t have a plot. It isn’t smooth. There is no beginning and middle and end.” 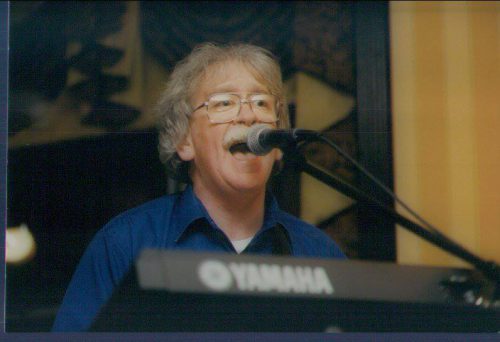 When I started my book project—the way it is now, as this project has undergone a few facelifts since I originally started it—I thought of asking Mr. Moylan to write a piece for the book.  In his piece, “My Travels with Lou,” he talks about our time together.

When I found out about his death, I was stunned; I didn’t know what to think, much less what to do—and that feeling continues to this day.

The Monday after his passing, my former school district wrote a piece on him that they put into the District News on the District’s website: District mourns passing of longtime SESS aide Paul Moylan.

After Mr. Moylan’s passing, I wanted to do something in his memory.  Yes, his piece in the book is a wonderful way to show how caring and kind he was, but I felt that I needed to do more.  So, I set out to write a piece about him.

​It took me twelve days to write it, going back and forth, thinking, Is this good enough?  Would he like it?​  But, really, I know he would.  I wrote it from my heart (which is partly why it took the twelve days: The emotions were so raw that I kept crying as I wrote a sentence).

With those tears flowing, I wrote two tributes to him in the back of the book, titled, “Paul Moylan” and “I’m not handicapped; I’m handi-capable!”.  Combined, they are like a “eulogy” of sorts. 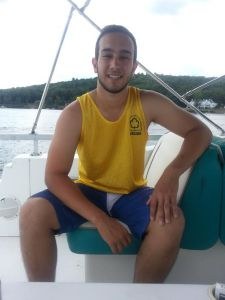 Sean was a classmate of mine who followed me through my degree program from the fall of 2015 to the spring of 2016. When I first met him, I could see his bright, bubbly personality and his drive to become an entrepreneur.

Sean was a person with a knack for detail. For the second degree-specific course that we took, Entrepreneurial Process, we had to create a business plan. For Sean’s, he chose to do a Stand-up Paddle Board business. When it came time to present our findings to the class, he had a PowerPoint and was very thorough when it came to explaining his plan.

When I met Sean, we talked about his love for boating, RVing, and camping. He told me that his father worked for an RV dealership, where he sometimes worked, too. It turned out that that same dealership was where we had bought our second RV!

I will always remember Sean’s smiling face and his can-do attitude. He always stepped up to any challenge that he faced and faced it with a smile. He never gave up, no matter how hard the challenge. His perseverance inspires me to this day. 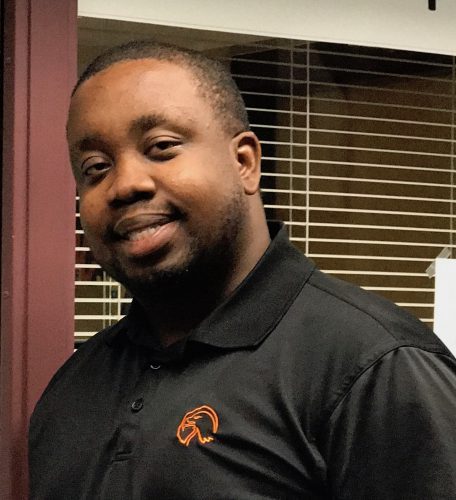 I worked with Justin when I was in high school, as he had started the Student Help Desk at my school district. The Student Help Desk allowed students to help teachers with what they knew best: technology. What we weren’t able to fix ourselves, though, we either called back to the Help Desk, or called the Technology Department itself. Nine times out of ten, Justin would be the one to either answer the call, come down and fix it while we were there, take down the information and come in a few minutes, or sometimes a combination of the aforementioned responses.

While working there, I got to know Justin and the other employees within the Technology Department rather well. What I will remember about him is his infectious smile and how he always knew how to defuse a situation without further adding to it.

I remember a countless number of times where I would come in for my shift a bit “down.” When I saw Justin’s smiling face, my mood was instantly lifted.

In a press release on the district’s website, Superintendent of Schools Jody Monroe had the following to say about Justin:

“Justin Brown was part of the very fabric of this school district. He was everyone’s go-to guy whose hard work and innovative thinking brought the district national recognition as a leader in K-12 technology. He was proud of his work and so were we.

“Despite his many professional accomplishments, it will be Justin’s never-ending smile and upbeat personality that our staff – and the students he mentored — will miss the most,” said Monroe. “Our thoughts and prayers are with Justin’s family and friends during this very difficult time.” 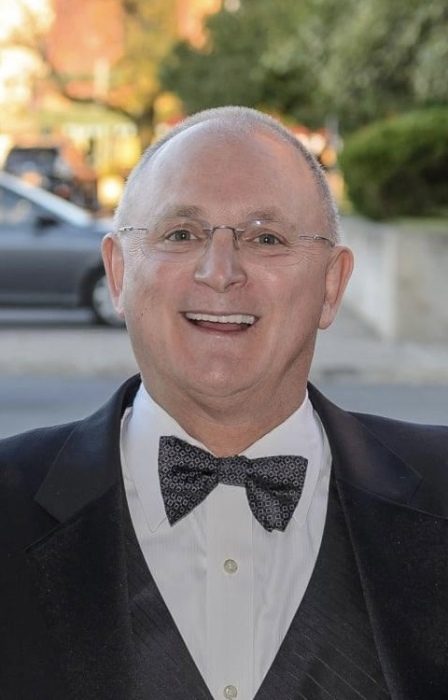