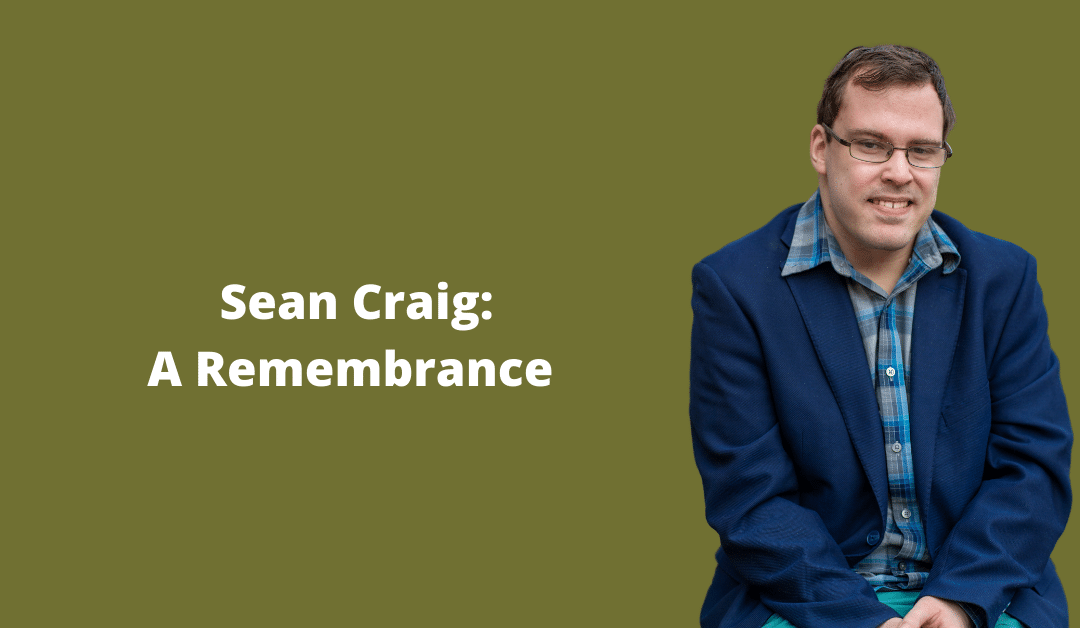 October is the birth month of a good friend of mine who passed away in 2016, Sean Craig. I met Sean while we were attending Hudson Valley Community College in upstate New York. We were both majoring in Entrepreneurship.

In my book, My Disability Doesn’t Define Me, I wrote about Sean. I talked about how he inspired me throughout my schooling.

At the time that I heard of his passing, we didn’t know Sean’s cause of death. We didn’t know that until a few days later.

Following his death, I went into the fall 2016 semester. It was challenging for me because I had gotten used to Sean’s beaming smile, being in the same major we had been in many of the same classes.

Sean had a zest for life. He lived life to the fullest. No matter what he was going through, he would always have a smile on his face. He was the person who was always positive.

In more ways than one, I looked up to him. He had the courage to do what I didn’t. When he was doing a presentation, he was always calm, cool, and collected. He didn’t make it look like he was scared. He may have been, he may not have been. I’ll never know.

I completed my degree in his honor. I wanted to make him proud. Sean renewed in me the drive to fulfill my dreams.

There were many wonderful stories told of the people who were remembered. It was a beautiful service. The one that made me smile, though, was the remarks of our Department Chairperson, whom Sean’s parents had asked to speak at the service in remembrance of him.

While writing my memoir, I thought it appropriate to ask for my Department Chair, as well as his family, to write pieces for me to include in the book. The piece that my Department Chair wrote for my book was the eulogy that he said when we were at the spring 2016 memorial service at my alma mater, the alma mater of Sean’s Mom, as well.

Both pieces speak to Sean’s character and his tenacity; how he would never give up, no matter the challenge. How he was a caring individual who loved with his whole heart and that trait showed through for everyone who crossed his path.

I think about Sean often and he continues to inspire me, and he always will. He inspires me to always do my best, not to give up no matter the odds, and to reach out and encourage and help others.

Sean was a lovely human being and I count myself blessed to have known him.