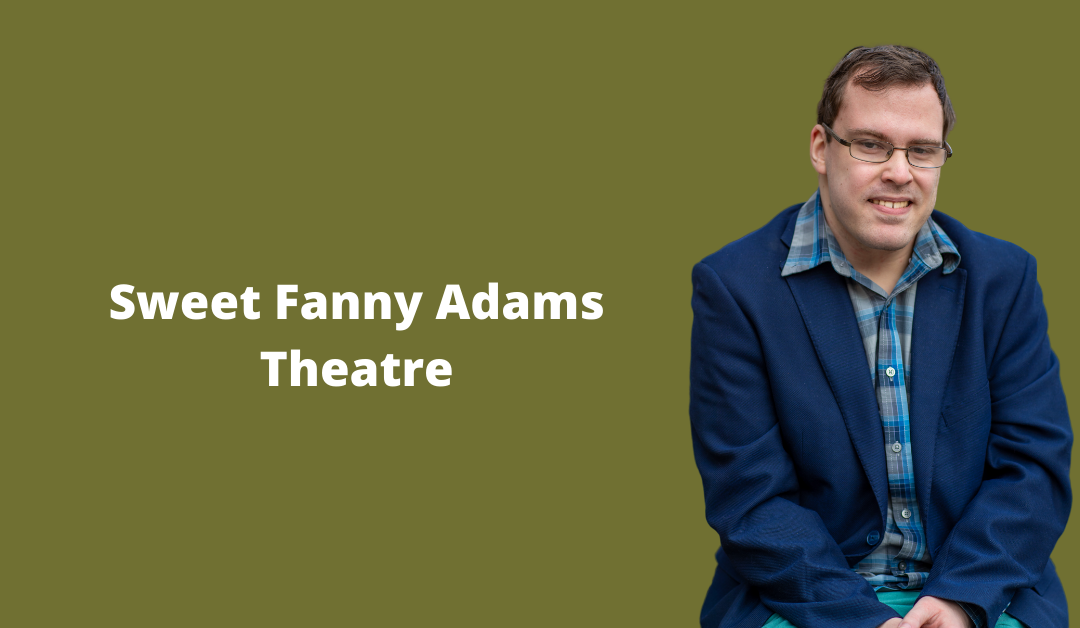 Sweet Fanny Adams Theatre is one of the many wonderful attractions in Tennessee that my family and I have been going to for years. We first found them over a decade ago and have been going to see them every year since (and for the last few years, three times a year, two shows in the summer and one over Thanksgiving!).

They have a few shows throughout the year: their main shows alternate days from April throughThanksgiving and then they have their Christmas show from Thanksgiving to New Years. The shows are good family fun and they have always include a sing along and someone in the audience always gets pulled up on stage a couple times each show. You never know what is going to happen. One time we were there, a man proposed to his girlfriend who had been dragged up to the stage during the sing along.

Over the years, my family and I have gotten to know the cast pretty well. Every opportunity I get, I try to get my sister up on stage. The first time we went to the Christmas show, Loren was dragged up on stage to play Christmas Present in their version of A Christmas Carol. She was so funny! She came out with a big box with Christmas wrapping. Get it? She was Christmas present! Well, Loren is so small and—since the box was made for an adult—we couldn’t really see much of her over the box, just her forehead. She had lines, but we couldn’t hear them so Scrooge was ducking his head behind Loren and saying her lines. We were laughing so hard we were crying!

Over the years all of us have been up on the stage several times, even me. One of the most memorable for me was when Chris gave me spinning plates and I was sitting on the edge of the stage. He gave me the plates and ran off for a few minutes. In my head I was thinking, Don’t let these plates fall! This is your moment! I always love going up to help out my friends—and give my family a good laugh also.

Since we have been going so many years, we do have our favorites out of the bits they do. One is the classic Dancing Trench-coats, which is below:

Sweet Fanny Adams is opening on June 5, 2020, for their 44th season. If you ever find yourself in Gatlinburg, seeing this show is a must. Tell them Lou Vendetti sent you—but don’t do that until after you’ve bought the tickets or they’ might charge you more!

For those of you who have seen the show: What is a favorite bit of yours? I’d love to hear it in the comments!